The freely floating Water Hyacinth (Eichhornia sp.) originally comes from Amazonia but was spread throughout the world through its use as an ornamental plant in ponds. Today, this plant is considered as one of the most invasive aquatic species world-wide, and is responsible for contributing to numerous ecological, social and economic problems. Parts of Lake Alaotra in Madagascar are now covered by this plant, which harms the local flora, fauna and the human population. 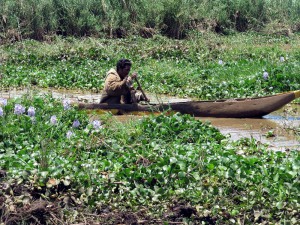 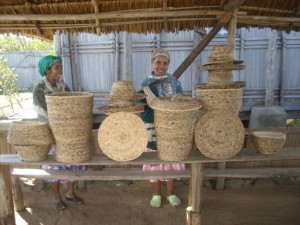 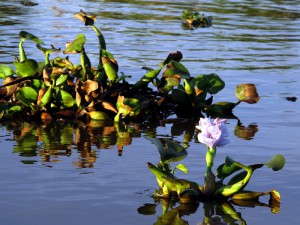