The Bandro Park is situated in the marshes around the village of Andreba and is classified as a “Zone Prioritaire de Conservation” (ZPC), which is the highest category within the NAP (Nouvelle Aires Protégées). This classification reflects the high importance of this park: On an area of 80 to 85 ha it shelters the highest density of Alaotra Gentle Lemurs (Hapalemur alaotrensis) found in the region. 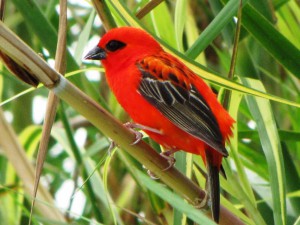 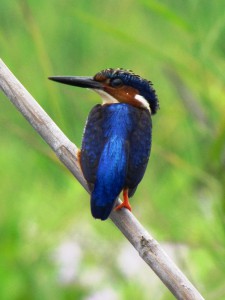 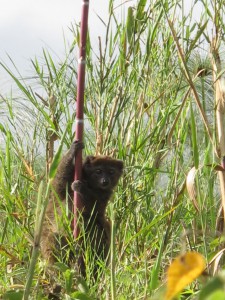 This endemic lemur species is probably represented with less than 2,500 individuals; it is classified as critically endangered by the IUCN. The sub-population in Bandro Park of about 130-170 individuals is totally isolated from the rest of the Alaotra population, and the first signs of crowding effects associated with a reduced habitat are becoming observable. Further aggravating the situation is the continuous degradation of the surrounding marshlands, the natural habitat of the Bandro, which is already threatening the existence of the park.